The Inheritance and Gift Tax


which is levied on the transfer of goods and/or rights by individuals. Although they are basically two different taxable events, inheritances on the one hand and donations on the other, they are considered to be a single tax figure covering transfers


in the case of succession, and


in the case of donation.

Thus, within this type of tax, there are two main branches with an unequal but related regulation, and whose nexus is in the collection nature of the acquisition made by the taxpayer.

When these operations are carried out by a legal entity (company, foundation, etc.), they are subject to corporation tax.

The State Law establishes how to calculate the


of the tax. However, the calculation of the

and the applicable rate depends on each


. Unequal regulations in Spain have been, and still are, a source of controversy.

For the calculation of inheritance taxThe first thing to do is to calculate the taxable base, which is the net value of the assets and rights that make up the gross estate minus the charges, debts and expenses. It is then divided between each heir and the sum of the life insurances results in the taxable income of the heir. tax. 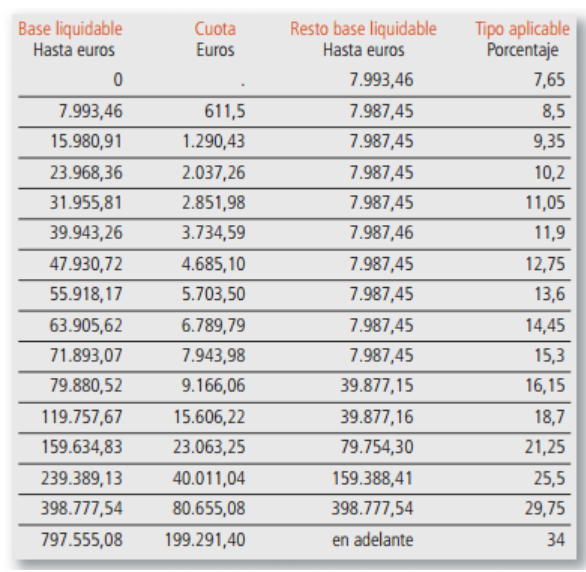 However, that is not the end of the calculations. To arrive at the tax liability, the so-called multiplying coefficients must be applied, which vary according to the pre-existing wealth of the heir and the relationship between the heir and the deceased.

Finally, the relevant deductions and allowances remain to be applied to the tax liability. Once again, it is the Autonomous Communities that are competent to regulate these deductions.

the Community of Madrid establishes a 99% tax credit for descendants, spouses and ascendants.
. This is what makes it much more advantageous to inherit under the same conditions in Madrid than in other Communities, such as Asturias or Andalusia that do not have this bonus or discount of 99%.


calculation of the donation

is similar to that of inheritance. In order to determine the taxable base, the net value of the assets and rights transferred will be taken into account. In gifts of money will be paid on the amount received, as will be the case when a debt is forgiven. In the case of the donation of a property, it will be the cadastral value, the one that marks the IBI, which is commonly taken as a reference.

As was the case with inheritance,

the degree of kinship is key in gift tax.

In this sense, the same tables will be applied as we have already seen above in the case of inheritance.

The same happens with donations as with inheritances,

the autonomous regulation varies enormously from one community to another.
. Practically all the Autonomous Regions establish some kind of rebate. The most common are for donations between first-degree relatives and you will have to go to each region to know the specific percentage. For example, in Andalusia a reduction of 99% is established when the donee, whatever their relationship, has been providing services in the company and has been entrusted with management or direction of the company and another of 99% when donating up to 120,000 euros to a descendant.