In accordance with article 214.2 LGSS, The self-employed with hired workers can also process an ERTE for them, just like any other company. Thus, a self-employed person can combine 100% of his or her
retirement pension
with his or her self-employed activity (an option known as active retirement) if, once he or she has reached the legal retirement age, he or she employs at least one employee. However, the amount of the pension can also be reduced to 50% at the moment the compatibility with work begins, regardless of the working day or the activity carried out by the pensioner.. 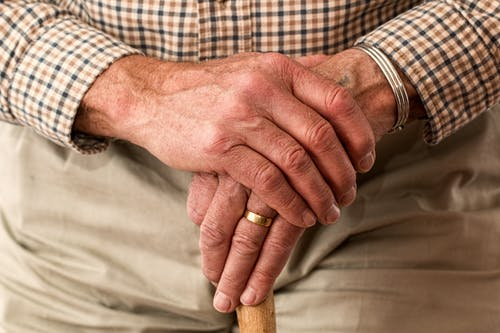 According to a recent criterion of the INSS [Criterio 12/2020], it is possible to keep the
active retirement
The INSS has recently ruled that a self-employed person who continues to carry out his or her activity, despite the fact that all the workers he or she has contracted have had their contracts suspended due to an ERTE or for another reason (such as an IT), can maintain their active retirement.

This clause prevents employers from receiving their full pension after 6 months under rules issued by the General Labor Administration on April 29, 2020. Therefore, on the basis that the employer’s full pension is voluntary and “known” by the employer, since otherwise, they must pay the social security contributions of their employees from which they were exempted by the ERTE, with the consequent surcharge and interest for late payment.

However, another problem is the possibility of obtaining a normal retirement. An employment maintenance clause that prevents the dismissal of employees within the next six months may prevent self-employed employers from retiring and leaving the company during this period.

The General Labour Administration issued its opinion on 29 April. The order implies the obligation of the self-employed or employers to guarantee employment. According to this stipulation, since the retirement of employers is voluntary, it is called “voluntary”. If the employee’s contract is terminated for the reasons mentioned above, it is understood that the promise has not been fulfilled and it is known in advance that it cannot be fulfilled.

That is, the self-employed who request ERTE by force majeure must sign a clause to keep their job for six months, and this obligation will prevent employers from retiring, at least until the end of the year. Therefore, the General Labour Administration superimposes the job security clause with the right to retirement, because although the self-employed person knows that he is about to retire, he decides to request an ERTE in order to maintain six months of employment after re-employment. If you retire during this time, you will violate this provision.

The companies that fail to comply with this commitment must return the full amount of the exempted quotas, and determine the corresponding surcharges and arrears in accordance with the collection regulations on social security matters, and must take the corresponding actions.